Read on to see our Liverpool predicted line up for today’s game against Stoke City, with the Reds hoping to get off to a winning start after last season’s disappointment.

Brendan Rodgers’ side were thrashed 6-1 by this opposition on the final day of last season, and in meeting the Potters again today the two clubs make history as it will be the first time consecutive Premier League games have been played by the same opponents at the same stadium.

SEE ALSO:
Premier League Round-up: The best moments from day one; Kyle’s fine finish, Owen the wordsmith, Henry in the abyss
Arsenal predicted line up vs West Ham: How will Gunners look without Sanchez? Walcott or Giroud up front?
Liverpool FC blog

Having brought in a number of new faces, Liverpool will be hoping this XI can bring them their first win in five away games…

Liverpool’s undisputed number one, Simon Mignolet will surely start in goal for Rodgers’ side as he looks to do a great deal better than in the team’s last trip to Stoke.

One of several debutants, Nathaniel Clyne looks a good upgrade on Glen Johnson at right-back, and will certainly be first choice this season.

Recently linked with an exit, Alberto Moreno looks to be staying put at Anfield and will surely be the main left-back for the Reds this season. 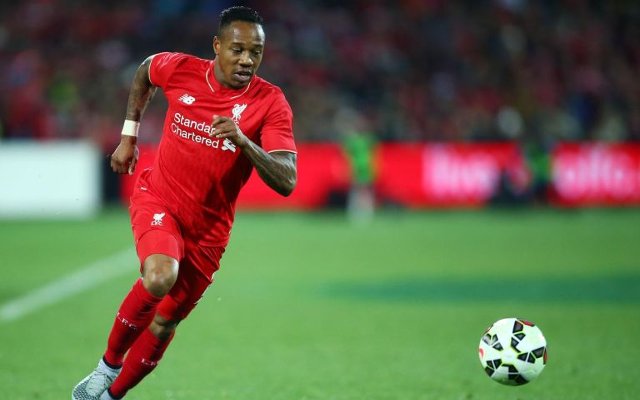