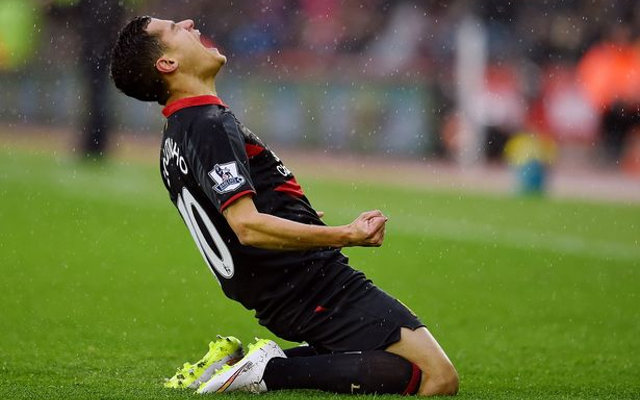 Liverpool got their Premier League campaign off to a winning start with a 1-0 victory over Stoke City at the Britannia Stadium.

However, Brendan Rodgers have Phillippe Coutinho to think for securing the three points, as the Brazil international struck a magnificent late effort to down Mark Hughes’s home side.

The victory ensured that the Reds gained a measure of revenge for their last meeting with the Potters, when they were humiliated 6-1 by Stoke in the last game of the 2014-15 season.

The match marked the end of Steven Gerrard’s association with the Merseysiders, and while his absence—coupled with that of Raheem Sterling—made for something of a new Liverpool, a familiar hangover from last term remained.

After a thrilling opening weekend, this game was a disappointment, with neither team particularly seeking to rise above the malaise.

The Reds appeared to lack both direction and inspiration—something Gerrard contributed twofold—and Coutinho’s sublime effort may only go someway to papering over the cracks for Rodgers’s listless Reds.