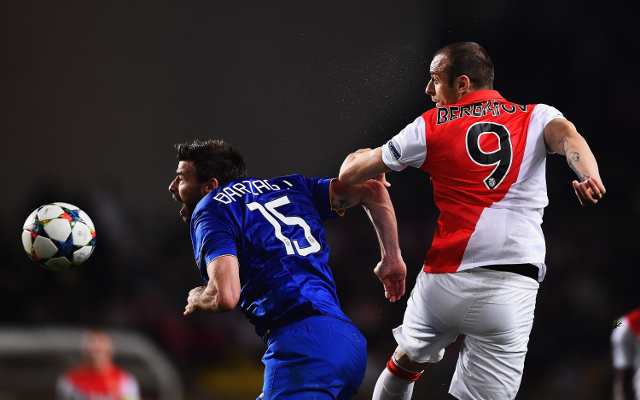 West Ham have been offered the chance to sign veteran forward Dimitar Berbatov on a free transfer according to the Sunday Mirror.

The 34-year-old finds himself without a club after his contract with Ligue 1 side AS Monaco expired this summer and the former Tottenham, Fulham and Man United man is attracting a great deal of interest.

Premier League sides Aston Villa and Leicester City are known to be keen on the Bulgarian international but Hammers boss Slaven Bilic would do well to see off other interested parties to land Berbatov.

Though clearly in the latter stages of his career it’s clear Berbatov still has a season or two in the tank.

Last term Dimitar Berbatov bagged nine goals for Ligue 1 side AS Monaco and was a regular in their Champions League campaign and the stylish striker has a strong Premier League pedigree having scored 94 goals in the English top tier during his time at White Hart Lane, Old Trafford and Craven Cottage.