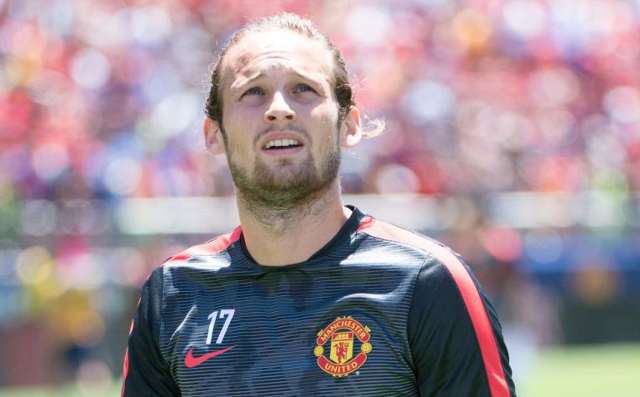 Manchester United utility man Daley Blind has rejected suggestions that he is not smart enough to play as a central defender.

The Dutchman was forced to play alongside Chris Smalling at the heart of United’s defence during their Premier League season opener against Tottenham Hotspur at the weekend and his performance was questioned by some in the media, who don’t feel he is the long-term solution in that position.

However, the 25-year-old managed to nullify the threat of Spurs talisman Harry Kane at Old Trafford and that has lead Blind to hitting back at claims that he is not suited for the centre-back role:

“I’ve said many times before that I just want to play,” the former Ajax midfielder told the club’s official website.

“If you see what everyone can add to the team, then it’s a real battle for places and everyone had to fight for a position.”

“I got a chance on this occasion and I tried my best. Of course, people always say I don’t have the height or the power but I think I’m clever enough and smart enough,” Blind added.

With the arrivals of Bastian Schweinsteiger and Morgan Schneiderlin at the club this summer, it’s difficult to picture Blind getting to many games playing in his preferred midfield role this season and he could be set for an extended role in defence as Marcos Rojo works his way back to full match fitness, following his exploits at the Copa America tournament with Argentina.