Manchester City kicked off their 2015-16 Premier League campaign with a comfortable 3-0 victory over West Brom at the Hawthorns on Monday night as they put down a marker for the new season.

Take a look at how we have rated the City players.

Not much for the England number one to do in truth as he never looked in any real danger to concede and that was thanks in part to a solid performance from those in front of him. 6/10.

With first-choice right-back Pablo Zabaleta rested for the game, Sagna made the most of his rare opportunity in the starting XI as he kept James McLean very quiet in the first period. 7/10. 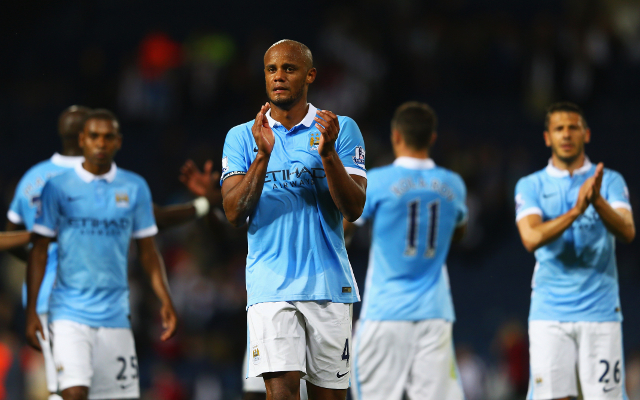 After a below-par season last year, the City skipper looked back to his best against the Baggies and he capped a good display with a thumping header in the second half to seal the victory. 8/10.

Big season for the Frenchman following his difficulties in his debut campaign for the club and he produced a solid performance alongside Kompany. 7/10.

Done his chances no harm of being installed at the first choice left-back for the new season as he got forward very well and could have got on the scoresheet. 7/10.