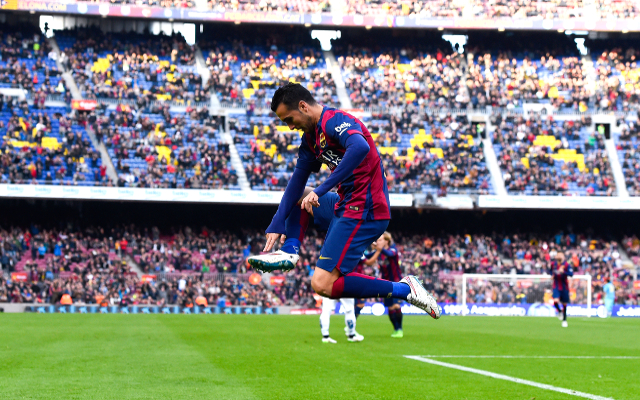 Manchester United are set to complete the signing of Barcelona attacker Pedro with Italian source Gazzetta dello Sport claiming that the Spanish international has already completed an initial medical with the Old Trafford club.

The 28-year-old would offer Louis van Gaal a versatile addition to his Man United attack, Pedro being a very capable performer both out wide or in a central role, with the Premier League side needing extra reinforcement for the forward line having lost Robin van Persie to Fenerbahce earlier this summer.

This meant Pedro made just 15 Liga BBVA starts in 2014/15 and barely got a look-in during their successful Champions League campaign.

Some reports suggest Pedro will be allowed to leave Barcelona after their Super Cup tie with Sevilla, which takes place on Tuesday evening (Marca via talkSPORT).

Pedro is arguably an unsung hero at Barcelona, garnering less plaudits than his superstar team-mates, and it’s worth noting that the Tenerife-born forward has bagged 98 goals in 318 appearances for the Nou Camp side. He was a key member of the Catalan giants’ squad for a number of seasons and would surely represent a loss-albeit not a major one, perhaps-for the reigning European champions.