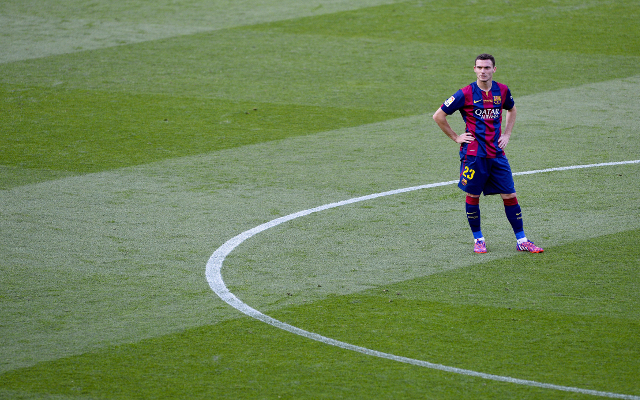 AS Roma are being linked with a move to sign Barcelona defender and former Arsenal captain Thomas Vermaelen this summer, according to sources in Spain.

The Italian giants are keen to land the Belgian international, who may not have a future at the Nou Camp after a nightmare first season in La Liga.

Having joined in a big-money move from Arsenal last summer, the injury-prone centre-back failed to play a single game for Barca last season and may now be out of the first-team picture.

According to Fichajes.net, this has alerted Roma as they seek to strengthen their back four this summer, with manager Rudi Garcia willing to take a punt on the player who was once a top performer in his time in north London.