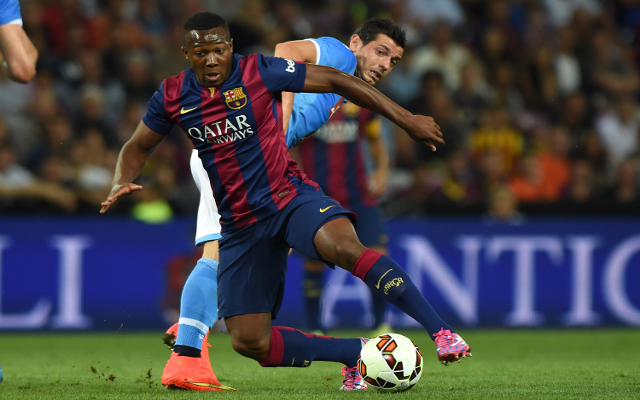 Aston Villa have reportedly won the race to sign highly-rated Barcelona starlet Adama Traore according to Spanish source AS.

The 19-year-old has featured for the Nou Camp side’s senior side but has been more regularly used by the Catalan club’s ‘B’ side.

Traore made his La Liga debut in November 2013 and scored his first goal for the club, during Barcelona’s 8-1 thumping of lower league side SD Huesca in Copa del Rey action, last December and is considered a player with a bright future.

Both Stoke City and Liverpool were said to be pursuing Traore but the teenager has opted to sign for Aston Villa on a three year contract, which includes an option for a fourth year.

Tim Sherwood saw his Aston Villa side secured a narrow away win against Bournemouth in their opening Premier League fixture and the former Spurs boss will be hoping to bring in a new signing or two before the transfer window slams shut.