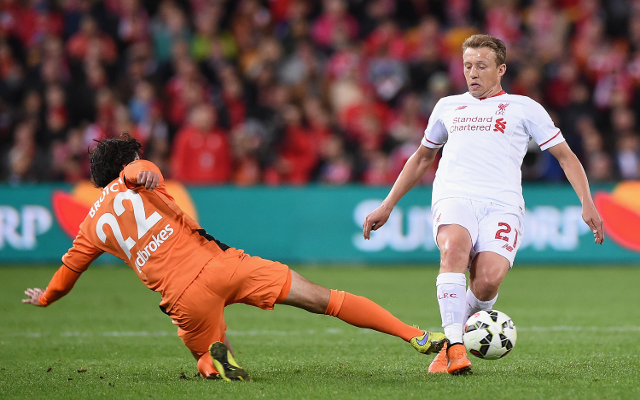 Liverpool are ready to sell long-serving midfielder Lucas Leiva according to the Liverpool Echo.

The 28-year-old Brazilian was left out of Liverpool’s squad to face Stoke City on the opening weekend of the Premier League season and will be available for offers of around £8m.

By all accounts Lucas Leiva wishes to remain at Anfield but is no longer considered a key part of Brendan Rodgers’ first-team plans.

The tigerish midfielder has struggled with injuries in recent seasons and made just 16 Premier League starts in 2014/15.

The arrival of James Milner offers Rodgers a strong midfield option whilst youngster Emre Can is also adept at filling a defensive midfield berth.

Lucas Leiva has completed eight seasons at the Merseyside outfit and has made 275 appearances for the club.