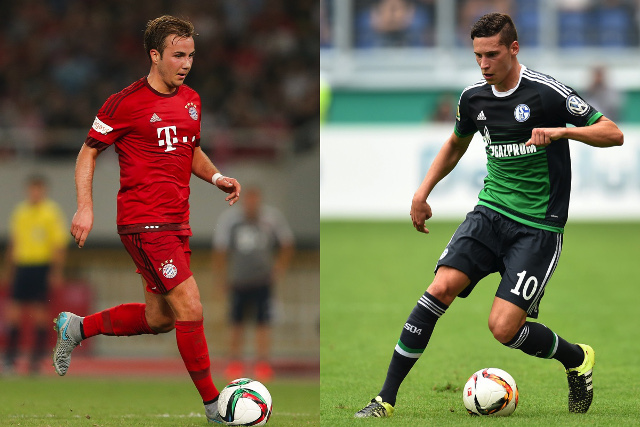 Arsenal have been credited with interest for Bundesliga duo Julian Draxler and Mario Gotze, and while Juventus are said to be leading the chase, Manchester United are looking to spoil the party.

The Telegraph reported that the Gunners were considering an £86m double bid for the Bayern Munich forward and the Schalke winger, but Italian giants were in pole position.

But, in an update on the speculation, the Express state that Louis van Gaal has named the pair on his wish list, as he wants to further strengthen his squad following their performance against Tottenham Hotspur on the opening day of the Premier League season.

The British newspaper claim that Gotze could cost as much as £50m, while Draxler may be available for less than £20m with Juve having recently tabled a bid of £16.8m.

Gotze has endured a frustrating time at the Allianz Arena since moving from rivals Borussia Dortmund in August 2013, having failed to cement a position for the Bundesliga giants.

Draxler, meanwhile, has been a long-term target for Arsenal; however, his persistent injury problems appear to have impacted his development, which may be a key reason that Arsene Wenger has opted not to make an offer.