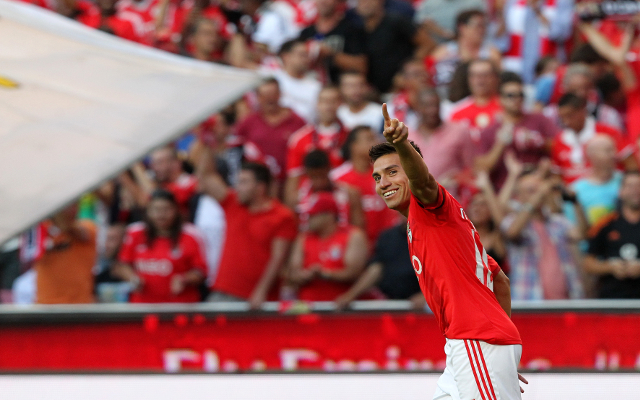 Manchester United are closing in on a deal to sign long-term target Nicolas Gaitan, with the winger’s agent Jorge Mendes flying in to the UK to finalise the deal, according to Portuguese source A Bola (via the Daily Express).

The 27-year-old Argentine international has spent the past five years in Portugal and has helped Benfica to back-to-back Primeira Liga titles in the past two campaigns. He is a player in great form, which earned the former Boca Juniors star a return to the national team set-up ahead of the Copa America finals this summer.

The Daily Express reports that both Sir Alex Ferguson and David Moyes had a strong interest in Gaitan, and that Louis van Gaal is close to completing a £28m deal to sign the talented winger.

The United boss also has young talents Jesse Lingard and Adnan Januzaj in his armoury, although both players are more long-term options who are still in much need of top level experience.

Man United have been strongly linked with a move for Barcelona attacker Pedro (via Sport), although a move for Gaitan may prove easier to complete given that Luis Enrique has seen first-team regular Neymar sidelined with the mumps (via the official Barcelona club website).