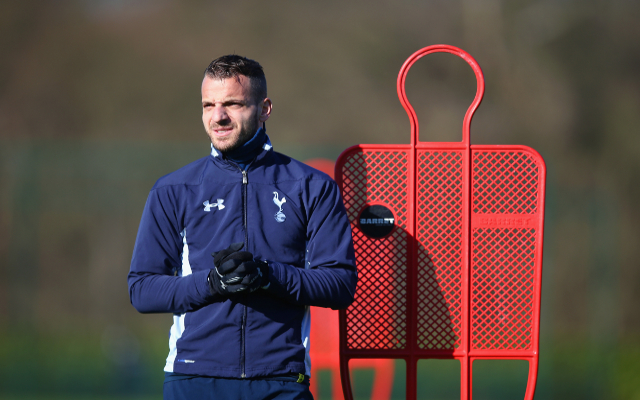 Tottenham boss Mauricio Pochettino will look to continue his summer White Hart Lane clear-out, with the Daily Telegraph reporting that the north London side will look to find buyers for three more under-performing members of their squad.

Having failed to secure a Champions League berth for 2015/16, Pochettino’s desire to cull players from his expansive playing staff has been clear since the window opened; he has already made great strides in offloading the deadwood.

Midfielders Paulinho, Etienne Capoue, Benjamin Stambouli and Lewis Holtby have all been sold, while defensive pair Vlad Chiriches and Younes Kaboul were offloaded to Napoli and Sunderland respectively.

Spanish international Soldado cost Tottenham a massive £26m fee two years ago (via BBC Sport), brought in using the funds made from the sale of Gareth Bale to Real Madrid, and the 30-year-old has proven a massive failure.

Although Soldado had been in great form with Valencia prior to his move to Tottenham, things have not gone as he would have wished.

Togo international Emmanuel Adebayor has been linked with a move to Aston Villa earlier this summer (via BBC Sport) but still remains at Spurs.

Wideman Aaron Lennon enjoyed a loan spell at Everton last term, and the Toffees are keen to bring sign the pint-sized star on a permanent basis (via The Guardian), but as yet no deal has been completed.

None of the aforementioned trio were part of Mauricio Pochettino’s match-day squad for their opening fixture away at United.