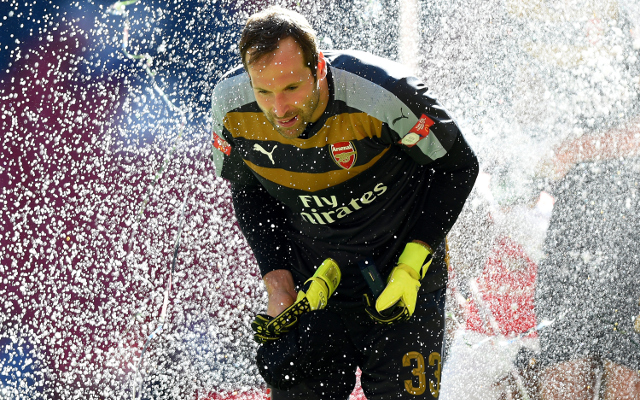 For the West Ham United fans in attendance at the Emirates Stadium on Saturday, the memory of the Hammers’ victory over Arsenal will last for a long time. For one supporter—who opted to get the scoreline and date tattooed on his backside—the memory will last a lifetime.

One unfortunate Irons fan, the loyally-named @waller_whu, made something of a bold statement ahead of the Premier League opener between the two London rivals. Waller promised to get the scoreline and date tattooed on himself should Slaven Bilic’s side win their first Premier League match.

While the Twitter user will doubtless have celebrated as fanatically as anyone as Cheikhou Kouyate and then Mauro Zarate scored—thanks to a helping hand or two from Arsenal goalkeeper Petr Cech—he was held to his promise.

While Weller looks to have taken the decision in good spirits, he may think twice before making just brazen vows ahead of the Irons’ next match—particularly with the East Londoners looking unfamiliarly competent against the Gunners.