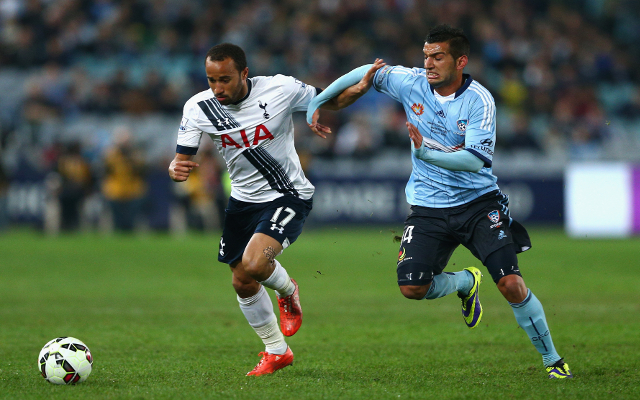 Aston Villa have re-ignited their interest in Tottenham winger Andros Townsend, according to the Daily Mirror.

The 24-year-old White Hart Lane star has proven a very inconsistent performer whilst in club colours, contrasting to his superb displays when representing England, and has fallen down Mauricio Pochettino’s pecking order as a result.

Townsend took a long while to break into the Tottenham first-team set-up, spending time out on loan at no less than nine clubs, before making an impact in 2013/14.

However, last season his chances were few and far between, the cultured wide-man managing just ten Premier League starts, with Pochettino preferring to use the likes of Nacer Chadli and Erik Lamela in his starting eleven.

The Daily Mirror claim Spurs want £15m for Townsend, and that the player is being tracked by both Aston Villa and Newcastle United.

Villa Park boss Tim Sherwood knows Andros Townsend well from his brief spell in charge of the club and has seen two of his best players leave over the summer.

Aston Villa banked around £40m from the sales of Fabian Delph, who left for Man City in an £8m move (via BBC Sport), and Christian Benteke, who joined Liverpool in a £32.5m transfer (via BBC Sport) and as such the Midlands side have funds to make a competitive offer for Townsend if they so wish.

Villa opted to use new signing Jordan Ayew on the right flank for their Premier League opener against Bournemouth, but Townsend’s directness and dribbling ability would offer something different in this position than the new recruit.