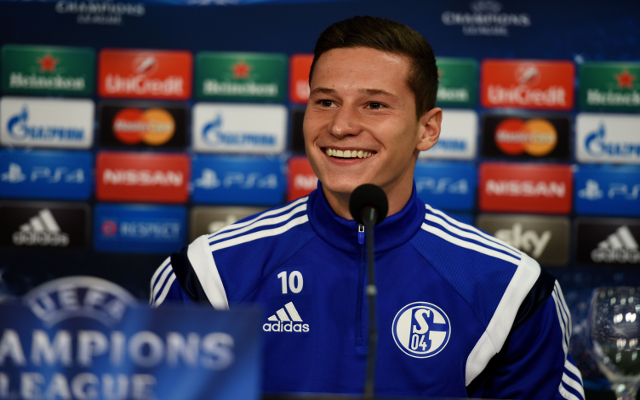 Arsenal are readying a £21.2m bid for Schalke midfielder Julian Draxler according to the Metro.

The 21-year-old German international endured a frustrating season last term but has returned to full fitness after a five month lay-off and is seemingly back on the Gunners radar.

Draxler has represented Schalke since the age of eight and may well be ready for a fresh challenge and is said to be a target of Italian giants Juventus.

Indeed the World Cup winner is said to have agreed personal terms with the Serie A title holders only to see Juventus fail to make an offer that Schalke would accept.

This has led to Arsene Wenger re-igniting his interest and the Metro claims that Arsenal will offer an initial £17.6m fee, followed by a possible addition of up to £3.5m in performance related add-ons.

One possible issue with a move for Draxler as far as Arsenal fans are concerned is the fact that the Bundesliga starlet is the type of player Wenger has in abundance and a move for the player, though clearly a hugely talented individual, is not as urgently needed as the purchase of an experienced defensive midfielder or indeed a prolific forward.