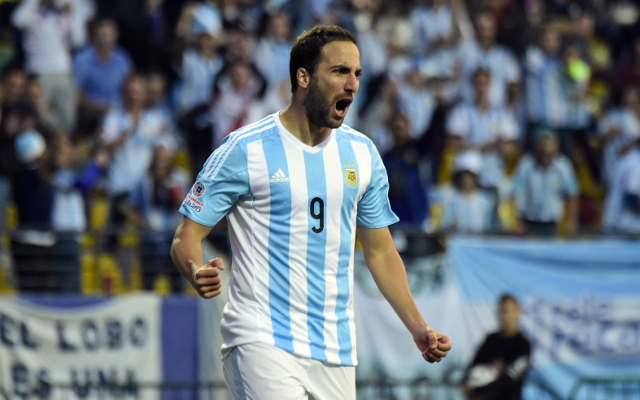 Chelsea and Man United are reportedly on alert after Gonzalo Higuain issued a ‘come and get me’ plea according to the Daily Express.

The prolific Argentine international has told Napoli he wants to leave the San Paolo and is now being strongly linked with a move to the Premier League.

The 27-year-old former Real Madrid man has a hefty £66m release clause though it’s fair to say that the price may not be all that steep when you consider the South American is one of the Europe’s most consistent goal-scorers.

Higuain has bagged 53 goals in two seasons in Naples following his seven season spell at the Bernabeu, during which the lethal finisher netted 107 goals in 190 La Liga appearances.

Man United would appear to be in more dire need of a striker signing with Louis van Gaal yet to replace Robin van Persie following the Dutchman’s move to Fenerbahce.

Chelsea boss Jose Mourinho is however short on strong options with the Blues having to rely upon loaned in forward Radamel Falcao and French bit-part player Loic Remy to offer support to Diego Costa.