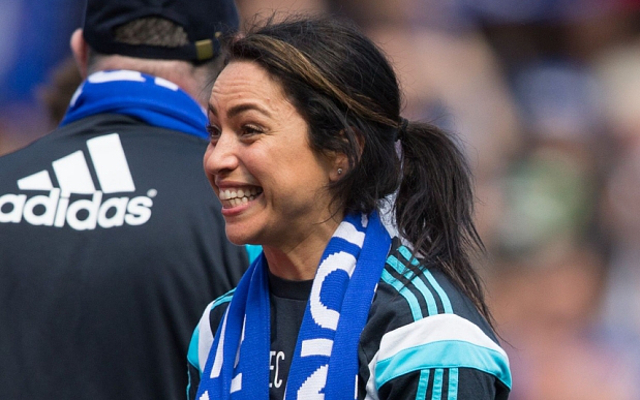 Eva Carneiro, Chelsea first-team doctor and assistant medical director, has been dominating headlines since the opening weekend of the Premier League following a furious row with Blues manager Jose Mourinho.

Carneiro rushed onto the pitch in added time at Stamford Bridge on Saturday evening to assess the condition of Eden Hazard after a heavy challenge from Swansea City‘s Ashley Williams.

Mourinho has publicly lamented this decision; claiming that it had a significant impact on their chances of scoring a winning goal, as they were forced to play at a crucial point with just nine men after Thibaut Courtois was earlier shown a red card by referee Michael Oliver.

After the game, the Portuguese manager called his medical team ‘naive’ and suggested that Carneiro is lacking in an understanding of the sport.

“Even if you are a kit man, doctor or secretary on the bench, you have to understand the game,” the coach began, as quoted by Sky News.

“You have to know you have one player less and when you go to the pitch to assist a player, you have to make sure your player has a serious injury. I was sure he hadn’t a serious problem. He had a knock, he was very tired. But my medical department – on an impulse – was naive and left me with eight outfield players in a counter-attack after a set piece.”

Carneiro has since had her role with Chelsea vastly reduced, and has been banned from the matchday bench for Sunday evening’s game against last season’s runners-up Manchester City, as reported on Tuesday evening by the Telegraph.

However, while Mourinho has been left enraged by the decision of Carneiro, the Premier League Doctors’ Group have called his criticism ‘unjust’.

The group have accused the 52-year-old of viewing results with more importance than the welfare of his players, and have been left concerned by his actions.

They have released a statement on their stance on the incident.

“The Premier League Doctor’s Group considers that removing Dr Eva Carneiro from the Chelsea team bench for their next match is unjust in the extreme. In the publicised incident in last Saturday’s game against Swansea, the Chelsea medical staff were clearly summoned on to the field of play by the match referee to attend to a player. A refusal to run onto the pitch would have breached the duty of care required of the medical team to their patient,” as quoted by the Telegraph.

“It is a huge concern that Dr Carneiro has been subjected to unprecedented media scrutiny and a change in her professional role, merely because she adhered to her code of professional conduct and did her job properly.