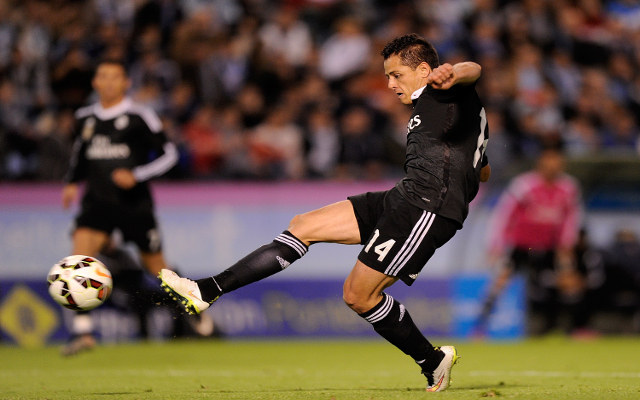 Serie A side Torino are understood to have joined the chase for Manchester United forward Javier Hernandez.

The Mexico international has been heavily linked with a move away from the club this summer, and should Torino look to sign the striker, they may need to fend off interest from Tottenham Hotspur and West Ham United, with all three sides still keeping tabs on the player, according to the Independent.

The English source report that Torino—who sold Matteo Darmian to United earlier in the summer—are eyeing an initial loan move for Chicharito, and would be keen on the possibility of making the move permanent in the future.

The 27-year-old spent last season on loan at Real Madrid—with mixed results—although the Spanish giants ultimately opted not to move for the hitman once his loan deal expired [Daily Mail].

He had appeared set for the United exit door anyway—with Orlando City Soccer Club linked to his signature [Orlando Sentinel]—but Louis van Gaal later indicated that the forward would have a role to play with the Red Devils during the coming campaign [Express].

Indeed, Hernandez—who was on the bench for United’s opener against Tottenham—may prove to be a valuable player for van Gaal, with the Dutch coach short of offensive options. However, with Barcelona attacker Pedro heavily linked with a move to Old Trafford, van Gaal may decide that he can allow Chicharito to follow Robin van Persie, Rafael and Nani out of the club.