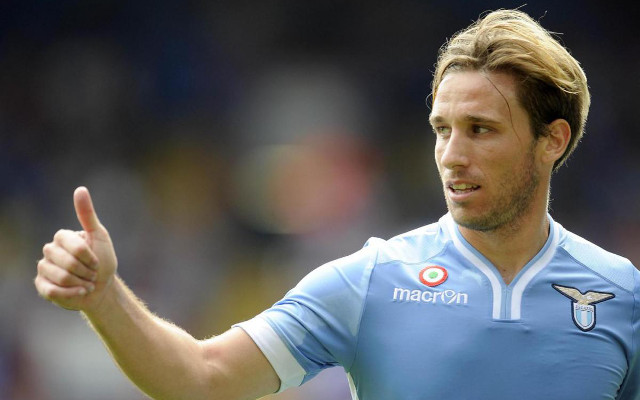 Manchester United have agreed personal terms with Lazio midfielder Lucas Biglia, but the Serie A outfit are demanding that their hefty valuation be met.

Belgian daily De Standaard claim that the Red Devils have reached an agreement with the player himself, yet Lazio will not sell their club captain unless the Premier League giants offer a transfer fee between €30m and €40m (£28.6m).

The report suggests that Biancocelesti will grant Biglia a Stadio Olimpico exit if United meet their asking price.

Louis van Gaal has already signed Bastian Schweinsteiger and Morgan Schneiderlin to provide competition to Michael Carrick in the centre of the park, but it seems that the former Netherlands manager remains discontented with his option in midfield.

Schweinsteiger started the clash with Tottenham Hotspur on the bench at Old Trafford, with Carrick and Schneiderlin being handed a holding role behind Memphis Depay who slotted into the No.10 position.

The game did not leave up to expectations, with neither side impressing, and van Gaal stated after the fixture that he had hoped for better from his players.

It seems the Dutchman may not be finished in the summer market just yet.