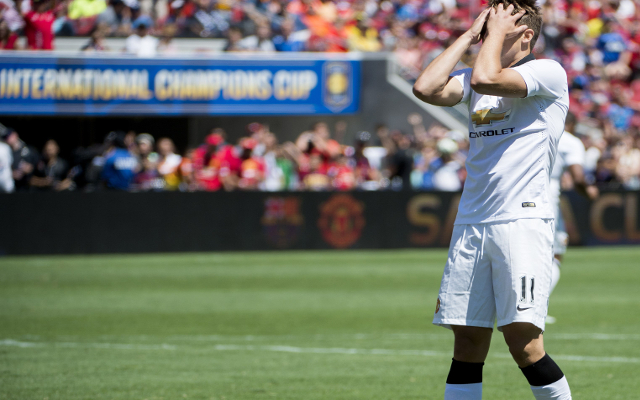 Man United boss Louis van Gaal is ready to offload both Javier Hernandez and Adnan Januzaj once he has secured the signing of long-term target Pedro according to the Daily Star.

28-year-old Spanish international Pedro, who scored Barcelona’s winner in Tuesday night’s 5-4 UEFA Super Cup win over Sevilla, is set to move to Old Trafford and once he has done so van Gaal will be in a position to trim away those further down his Man United pecking order.

West Ham and Tottenham are both said to be keen on Mexican forward Javier Hernandez, who has scored 59 goals in 154 appearances for Man United, with a fee of £15m likely to be enough to land the 27-year-old.

Young winger Adnan Januzaj is likely to be sent out on loan rather than being permanently offloaded and Sunderland boss Dick Advocaat will hope his relationship with fellow Dutchman van Gaal will aid move to bring the Belgian attacker to the Stadium of Light.