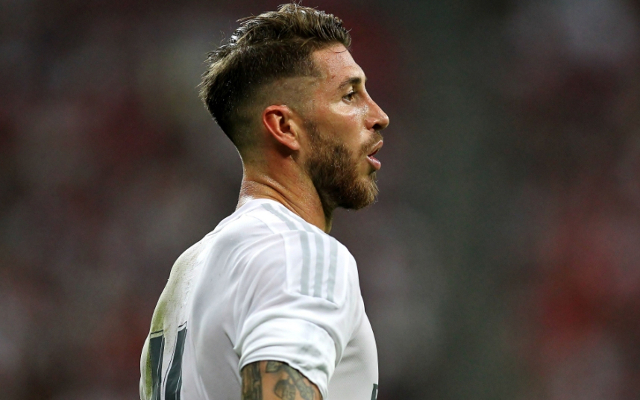 Manchester United look set to miss out on signing Sergio Ramos this summer, with the centre-back having agreed a new Real Madrid deal.

According to AS, Los Blancos have reached an agreement on a contract extension with the Spaniard, with only minor legal issues to be completed before the deal can be signed and therefore announced by the club and player.

The Spanish newspaper claim that – perhaps to further feed the unhappy ego of Ramos – a stage will be erected at the Santiago Bernabeu next Monday to celebrate his commitment to the Liga BBVA giants amid months of Manchester United speculation.

AS confirm that the reports on a significantly strained relationship between the 29-year-old and Real president Florentino Perez are accurate, and that he did order the club to listen to offers from the Red Devils after not having his salary demands in the Spanish capital met.

Ramos has already taken over from Iker Casillas as the Merengues club captain.

Nonetheless, while Ramos appears to have spurned the opportunity to move to Old Trafford, reports linking Valencia defender Nicolas Otamendi with a Red Devils transfer have been recircling

Spanish TV station SillasGol [via the Metro] have reported that Otamendi is on the brink of sealing a deal with United, with only minor details needed to be ironed out before his moving to Louis van Gaal’s side can be confirmed.