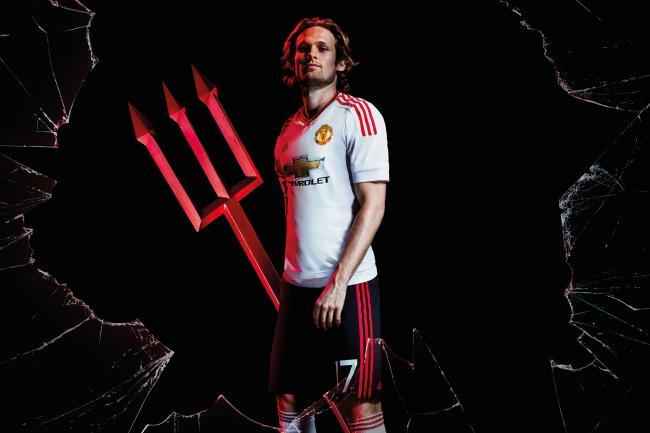 Manchester United and Adidas have revealed the side’s new away kit for the 2015-16 campaign.

The shirt itself comes as little surprise, with leaked images of the snappy kit being readily available on social media for sometime.

Its official unveiling was accompanied by an official press release by Adidas, who are clearly proud of their latest contribution to the fashion of English football.

The new away kit takes inspiration from some of the classic away shirts from the club’s illustrious history, including the shirts worn by the legendary Busby teams of the 1960s. The new shirt features a classic v-neck cut collar and three-stripe design down the shoulder, as well as a graphic design on the hem of the shirt taken from the 1990 shirt famously worn by Ryan Giggs in his debut season.

United are set to debut the shirt later this week when they take on Aston Villa at Villa Park in a rare Friday evening fixture in the Premier League.

Despite a tumultuous summer, Louis van Gaal’s side started the season with three points after defeating Tottenham Hotspur at Old Trafford. While the home side were perhaps not at their imperious best, they still nabbed the three points after the unfortunate Kyle Walker put the ball past Michel Vorm.

New recruits Morgan Schneiderlin and Sergio Romero impressed, although van Gaal looks set do to more business, with the likes of Pedro, Hugo Lloris and Sergio Ramos all still linked with a move to Old Trafford.