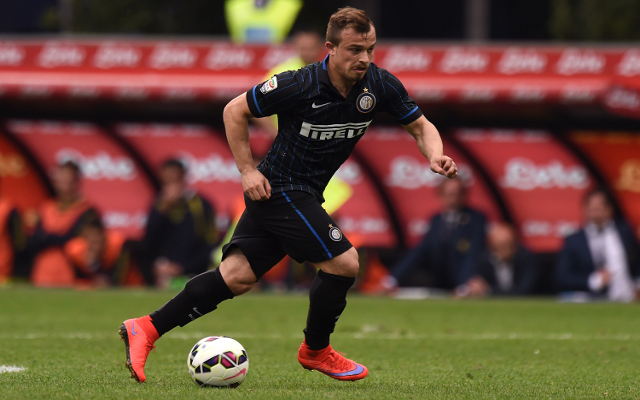 The 23-year-old became the Premier League side’s record signing after completing a £12million transfer on Tuesday afternoon, just months after moving to Italy from the reigning Bundesliga champions.

Shaqiri struggled to establish himself in the team under manager Roberto Mancini at the San Siro and he had been linked with a number of top European clubs including a return to Germany with Schalke 04, however, he opted for a switch to the Britannia Stadium instead.

The transfer has been met with a positive reaction from many in the media, who believe the Switzerland international will be a brilliant addition to English football, but Effenberg has suggested the winger joined the Potters for financial gain over the prospect of winning trophies:

“I do not understand Shaqiri’s move to Stoke at all,” Effenberg said [via Standard Sport].

“You have to ask yourself where you can reach your sporting goals as a footballer. That should be the challenge. Schalke would have been perfect for Shaqiri.”

“Earning €1 million more or less should be irrelevant. When you can make €6 million at Stoke or €3 million at Schalke, you pick the latter.”

“You play Bundesliga football in a great stadium, get your desired return to Germany and play for a great club that you can help move forward.”

“But Stoke? Come on, I cannot understand the player, his agent, his parents or his brother. This is a shame and a sad state of affairs. Only because they are throwing around cash? Is it really all about money for footballers these days?,” Effenberg added.

Shaqiri could make his bow in a Stoke shirt this weekend as City travel to White Hart Lane for a match against Tottenham Hotspur as both teams will be hoping to secure a first win of the new season.