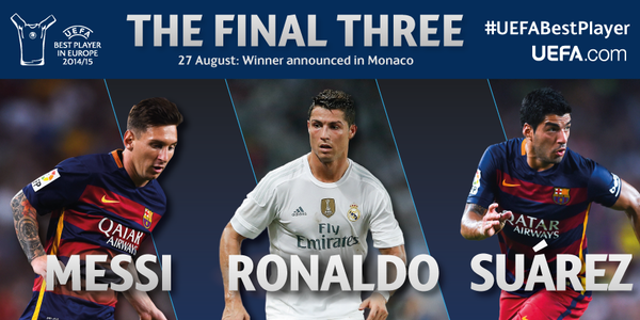 UEFA have announced the top three nominees for the 2014-15 Best Player in Europe award, with the winner to be confirmed on August 27.

UEFA named the 10 contenders for the award in July – which can be seen here – with Chelsea’s Eden Hazard joining a list dominated by players from the Champions League finalists Barcelona and Juventus.

There are no surprises that Cristiano Ronaldo and Lionel Messi are among the final three contenders, but some may be left surprised by the third rival for the honour.

Despite Los Blancos finishing the campaign without silverware, which consequently resulted in the sacking of manager Carlo Ancelotti, the Portugal superstar was in typical stunning goalscoring form.

Ronaldo scored 58 goals in La Liga and the Champions League combined, and if you take away his stats, last term would have made for miserable viewing for the Real faithful.

While having reached the age of 30, his fitness is of such a formidable standard that he could continue to go head-to-head with Messi for years.

The Argentine was – as ever – key in Barca’s treble triumph last season.

Messi netted 13 goals in the Champions League, as Luis Enrique’s went on to lift the major European trophy after beating Juventus in Berlin at the beginning of June.

After two goals and one assist in his side’s UEFA Super Cup victory on Tuesday night, it seems likely that the Camp Nou’s No.10 will start off the new season with a bang.

Despite missing the first 11 games of the season with Barca, the Uruguay striker settled into his new club with enviable ease.

He put in outstanding performances against Paris Saint-Germain and Manchester City in the Champions League, helping fire his side to glory in the elite competition.

Neymar, having scored 10 goals in Europe, may feel aggrieved at missing out on a place in the top three.

Few, however, could begrudge Suarez of his place alongside Messi and Ronaldo after proving that he was right to move on from the restrictions of success at Liverpool. 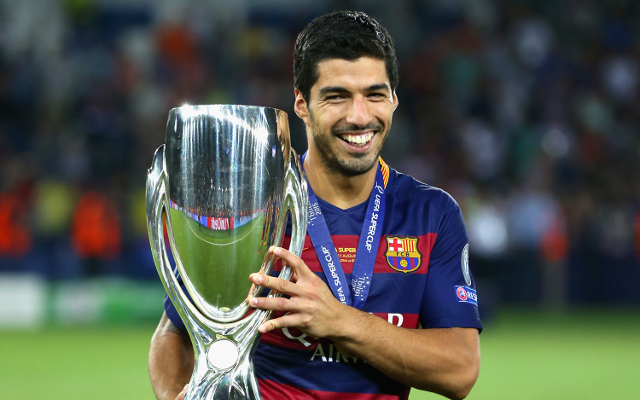