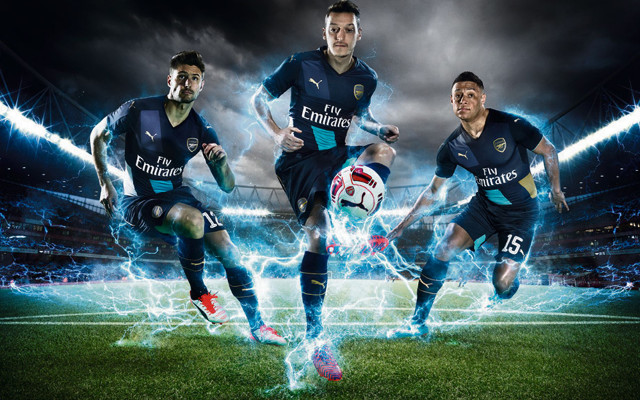 Arsenal have revealed their third kit, which will be worn away from home in cup competitions this season.

The Gunners have already released home and away strips for the Premier League, but have now shown off this number. It will be used in the Champions League, FA Cup, and Capital One Cup during the current campaign.

Arsene Wenger will be hoping that the shirt brings his team luck as they attempt to defend the FA Cup, and make more progress in the other competitions. The North Londoners haven’t made it past the last 16 of Europe’s premier club competition since the 2009-10 season, and haven’t won the League Cup since 1993. This will only make success in the cups more of an aim for the Frenchman.

The kit is dark blue, with white, gold, and light blue stripes adorning the lower half of the top. There is also gold trim on the socks, which like the shorts and shirt are dark blue.

Check out the new design over the next few pages… 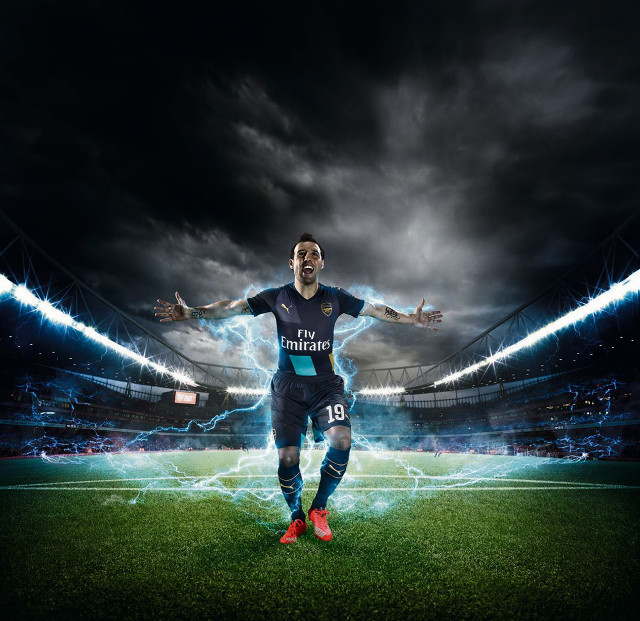