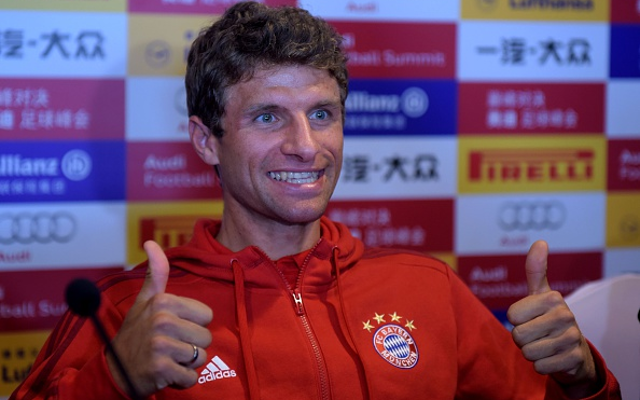 Manchester United are refusing to give up their pursuit of Bayern Munich striker Thomas Muller.

According to reports in German-based media outlet Kicker [via Star Sport], the Red Devils are set to launch a fresh £50million bid in hopes of landing the 25-year-old before the transfer window slams shut early next month.

Manager Louis van Gaal is reportedly keen on bolstering his attacking options as the club are likely to be fighting for glory on four fronts his season and the Dutchman certainly needs another signing in order to provide competition for captain Wayne Rooney in the centre-forward role.

United’s bid comes hot on the heels of comments made by Bayern chief executive Karl-Heinz Rummenigge earlier in the day as he made it clear that the reigning champions of Germany would not entertain the idea of selling another one of their most valuable players this summer.

Muller, who netted 13 goals and registered 10 assists in 32 Bundesliga appearances, is widely regarded as one of best forwards in European football and is likely to be involved in the Bavarian outfit’s season opener against Hamburg on Friday night.