Tottenham Hotspur forward Erik Lamela accidentally announced that Roberto Soldado is to leave White Hart Lane this month before any deal had been confirmed by Spurs.

Soldado is widely expected to finally put his north London misery to rest in this summer’s transfer window, and a return to La Liga with Villarreal in a £12m deal [via the Daily Star] could be announced this week.

However, his exit is yet to be confirmed, and Lamela appeared to spoil the party after posting good luck to the striker on Twitter before quickly – but not in time to avoid crafty screen-shooters getting their way – deleting the post. 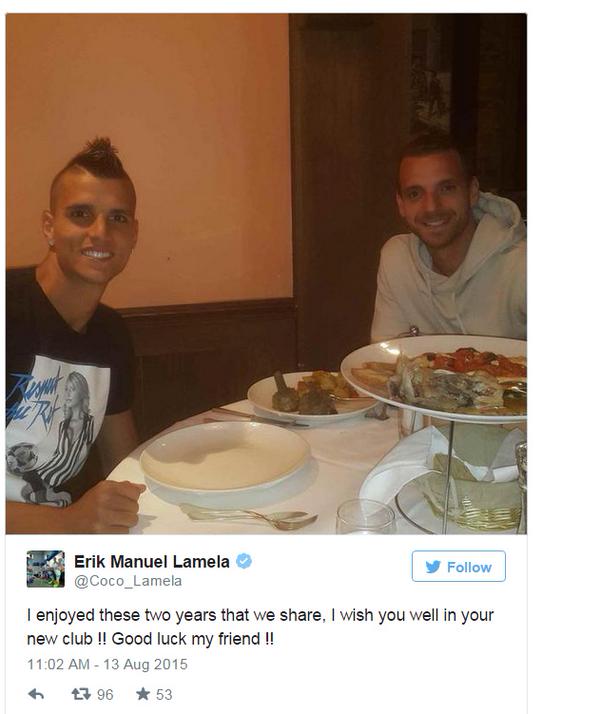 Soldado moved to Tottenham in a record £26million deal in August 2013, but the 30-year-old struggled immensely to live up to expectations, scoring just seven Premier League goals in two seasons with the club.

Reports have suggested that Spurs are in the market for a new striker, with Manchester United’s Javier Hernandez and West Bromwich Albion’s Saido Berahino said to be on Mauricio Pochettino’s wish list.