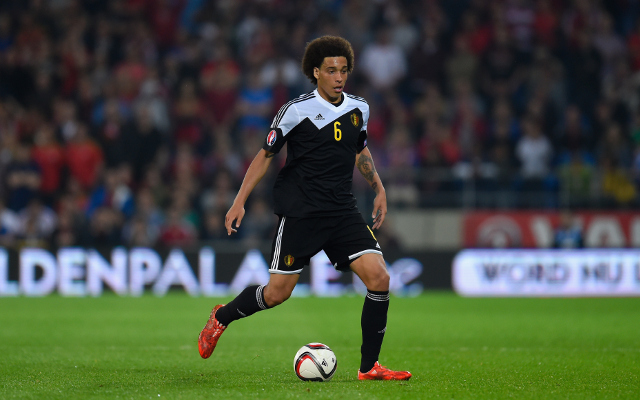 Axel Witsel, who has been linked with Chelsea and Manchester United in this summer’s transfer window, is closing in on a move to AC Milan.

Calciomercato.it [via the Express] suggest that the Premier League duo have failed to register their interest in the Belgium international, and AC Milan and Juventus are currently battling for his signature.

The Rossoneri are said to be leading in the transfer chase, and Zenit Saint Petersburg are after £25m to conclude his Petrovsky Stadium exit.

The Metro reported in July that Roman Abramovich, the Chelsea owner, was desperate to sign Witsel, and had travelled to his home country, Russia, to personally lure the midfielder to Stamford Bridge.

This rumour thus appears to have been fabricated or Abramovich failed in his negotiations.

The Red Devils, meanwhile, were rumoured to have made contact with the Belgium international early in the summer, reports in the Metro stated.

However, it seems neither side have been convinced to officially follow through with their interest.

Witsel has impressed since moving to Zenit in 2012, becoming a regular in the Russian giants starting line-up.

It seems, however, that Premier League supporters won’t be welcoming a new Belgian to England.