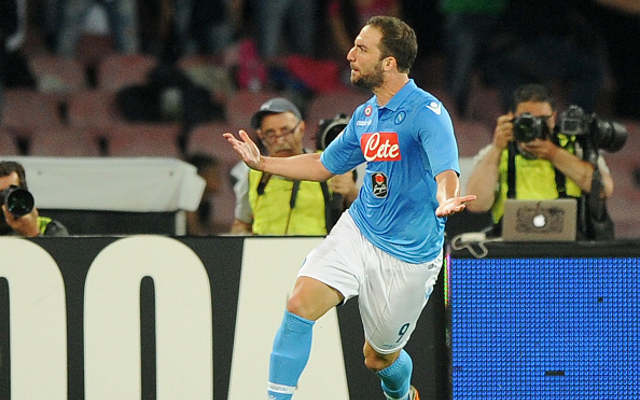 Today’s Chelsea transfer rumours see the club linked with an extraordinary move to sign Napoli striker Gonzalo Higuain in a €90m deal, according to sources in Spain.

The Blues are perhaps unconvinced by the fitness records of players like Diego Costa, Loic Remy and Radamel Falcao up front, and could spend big on landing the prolific Argentine.

Chelsea have shown an interest in the former Real Madrid man before, and Fichajes.net now says they are ready to revive a bid for him this summer, ahead of the likes of Manchester United, Liverpool and Arsenal.

Higuain is rumoured to be unhappy with the lack of Champions League football on offer at Napoli after a disappointing campaign last season.