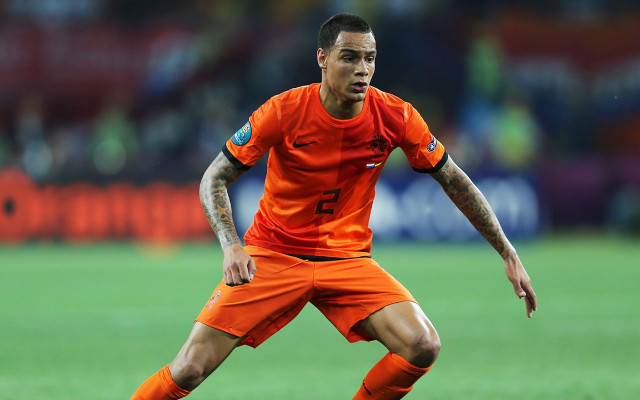 Chelsea transfer target Gregory van der Wiel could be set to put pen-to-paper on a new deal with Paris Saint-Germain and end speculation surrounding his future.

Sky Italia [via Sky Sports] claim that the representative of the Netherlands international, Mino Raiola, met with Les Parisiens chiefs to discuss a contract extension for his client.

Chelsea have been heavily linked with van der Wiel over the past week, with French daily newspaper Le Parisien [via the Metro] claiming that the Blues have made an official approach to sign the defender.

While Chelsea have two of the finest full backs in the Premier League in Branislav Ivanovic and Cesar Azpilicueta, neither of the duo have genuine competition for their positions.

Ivanovic has been first-choice at right-back since the departure of Jose Bosingwa in August 2012, despite originally being a centre-back, and has tremendously impressed in defence and in attacking play.

However, Jose Mourinho, the Chelsea manager, may now be considering successors to the Serbian – particularly now that he has passed the age of 30.

In addition to the possibility to a new right-back, the west London giants could be close to announcing the signing of Augsburg left-back Abdul Rahman Baba.

Sport Bild reporter Christian Falk stated that the Ghanian completed his medical with the reigning Premier League champions on Thursday.

According to The Guardian, Chelsea have agreed a £20m deal for his signature. The British newspaper report that £14m will be paid upfront with a further £6m should he make more than 100 appearances.