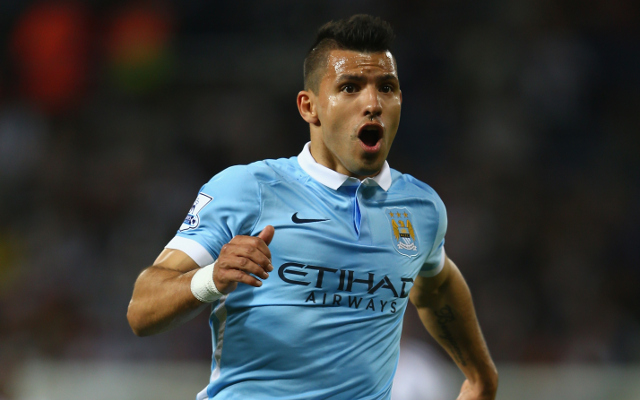 Manchester City host reigning Premier League champions Chelsea on Sunday afternoon, and both sides will be looking for bragging rights early in the season.

Despite just the start of the new term, Manuel Pellegrini and Jose Mourinho are expected to field their strongest available line-up and will be desperate to avoid dropping points.

The big team news centres upon the possibility of a start for the 2014-15 Golden Boot winner Sergio Aguero.

The Argentine returned to City late this summer after his participation in the Copa America tournament, and is still returning to fitness. He remains coy on his name being in Pellegrini’s starting XI at the Etihad.

“Whether I start or not remains to be seen,” Aguero told mcfc.com. “I’m trying to get there and be in top condition, but arriving for pre-season later having taken part in the Copa America with Argentina means I need some additional time.

“With the whole season in mind, what matters the most is that I get in top form and don’t take any risks.”

What’s more, Citizens captain Vincent Kompany also comically stated that he hoped last season’s PFA Player of the Year Eden Hazard gets diarrhea and is forced to miss out on the trip to Manchester.