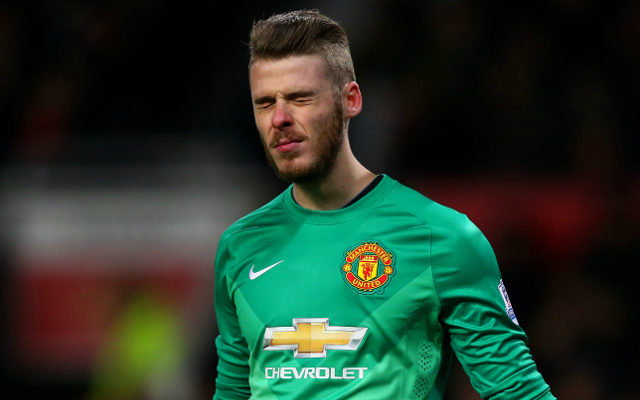 The Dutchman had claimed that the 24-year-old had asked to be left out of their match with Aston Villa on Friday. This is due to speculation that he is going to join Real Madrid this summer, which shows no sign of abating as the transfer deadline looms closer.

“We’ve talked with him and he was fully agreed with our decision,” the former Barcelona man said, “We have a goalkeeping coach, Frans Hoek, so I’m not doing everything alone. Frans had a meeting with David and he asked him, ‘Do you want to play?’ The answer was no.

“Then I have to take the decision. It is a process. We had been observing him in preparation, and he was not so good, he was not the same David De Gea as before, when he was my best player last season. According to the fans, he was the best player of the last two years.”

The Spain international is confused by these claims, and is worried that the 63-year-old is questioning his professionalism and commitment. He apparently would have been perfectly happy to play against Tottenham last week and in the upcoming encounter with Villa.

In the absence of the former Atletico Madrid man, Sergio Romero will take his place between the sticks again. The Argentina international performed admirably in their opening match against Spurs, and is likely trusted by van Gaal after working with him during their time at AZ Alkmaar. It still leaves them with a problem over who to put on the bench though, with Victor Valdes currently on the wrong side of the manager.