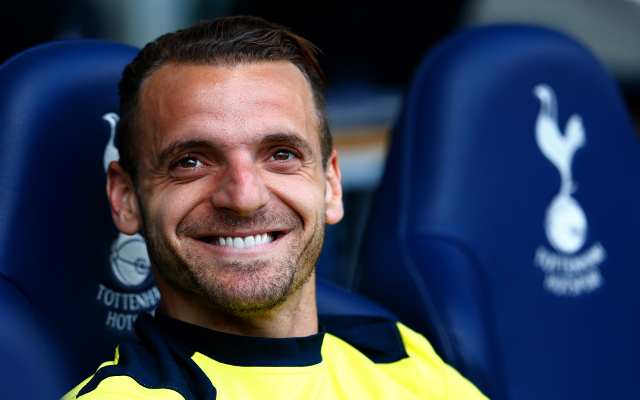 Roberto Soldado has posted an emotional farewell to Tottenham on social media after it has been confirmed that he is set for a return to La Liga.

Spurs revealed on Friday evening that a deal has been agreed with Villarreal and the Spaniard is set to bring an end to two difficult seasons in England.

We have reached agreement with La Liga side Villarreal for the transfer of @R9Soldado. We wish Roberto all the best. pic.twitter.com/H4AKtZkQI7

Soldado joined the north London outfit for a club record fee of £26million during the 2013 summer transfer window but struggled to bring his brilliant goalscoring form from Valencia to Spurs and eventually lost his place in the starting XI to Harry Kane last season.

The 30-year-old is set to join Villarreal having scored just seven league goals in England and will be hoping to rediscover his best form whilst at El Madrigal.

It appears the striker has no ill-feelings about his time at White Hart Lane as he posted a thank you message to the club on his official Twitter account.