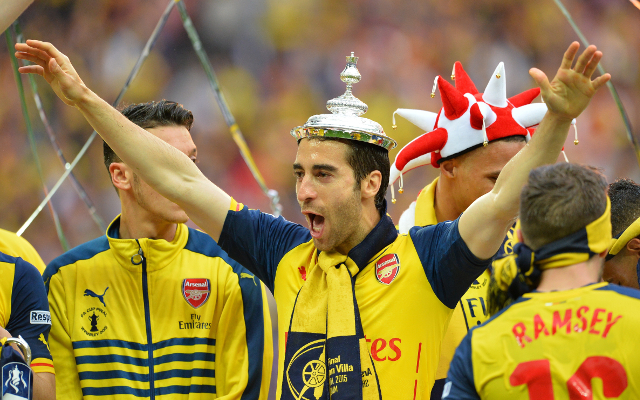 Experienced French midfielder Mathieu Flamini may not be a favourite among a number of Arsenal supporters, but he has been tipped to become the next President by teammate Alex Oxlade-Chamberlain.

The England international was asked who in the Gunners squad would make a good Prime Minister and he went above and beyond to tip Flamini to go on to greater things once his football career comes to an end.

Take a look at Oxlade-Chamberlain’s reasons in the video clip below:

Both players will be hoping to lead the Gunners to victory against London rivals Crystal Palace on Sunday afternoon and Oxlade-Chamberlain will start the game at Selhurst Park if manager Arsene Wenger decides to make no changes from the team which lost against West Ham United last weekend.

The north Londoners have won all four meetings between the two sides since Palace were promoted back to the Premier League two seasons ago and will hoping for a fifth to kick-start their campaign.