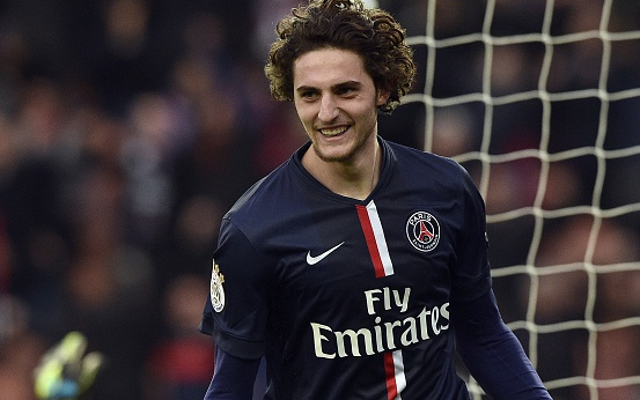 Arsenal have been offered PSG star Adrien Rabiot by his agent Veronique Rabiot, who also happens to be his mum, reports the Metro.

This is despite the Ligue 1 champions wanting to hold on to the 20-year-old, who has been in and out of their first team in recent years. The youngster wants to play more regularly, after making 10 starts and 11 substitute appearances in the league last season. Although he did start their first match this time round, perhaps pointing to a larger role in the squad.

The Gunners are thought to be among several Premier League sides to have been offered the midfielder. It is unknown whether manager Arsene Wenger intends to act on the situation, but he could do far worse than to sign the France Under 21s international who has been tipped for big things.

A technically brilliant footballer, Rabiot could fit perfectly in to the North London outfit’s style of play. However, he may have disciplinary issues to deal with, having been sent off in the opening game of the current campaign a mere 29 minutes in for two yellow cards.