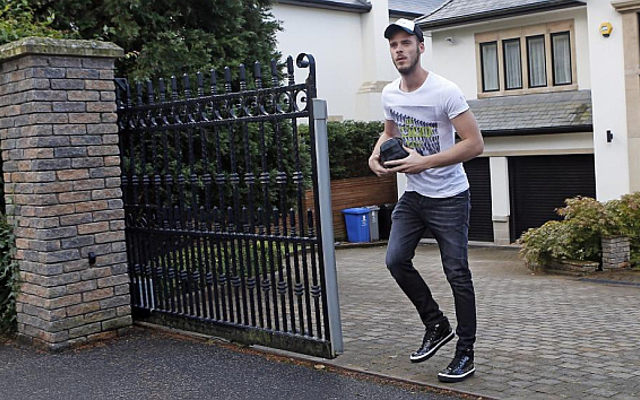 David De Gea has rejected a significant offer from Manchester United, and has accepted a far inferior deal, financially, from Real Madrid.

Spanish newspaper Marca have revealed that the Spaniard has refused a far more lucrative deal to extend his contract at the Theatre of Dreams, suggesting that his wish to move to the Santiago Bernabeu has little to do with finances.

According to the report, United have spent much of the summer putting together a huge deal for De Gea, yet there efforts appear to have been in vain, as the 24-year-old is not focused on improving his bank balance.

Marca claim that Real have tabled a deal worth €5m per-annum, while the Red Devils have offered €14m more over six-years, but it is the La Liga BBVA giants’ package that has been accepted.

Terms have already been agreed, Marca state, but it is the Premier League giants’ transfer fee demands that are causing a delay in his desired return to Madrid.

Los Blancos are confident, however, that a fee much less than €40m can be agreed, as they are considering using Keylor Navas as part of their offer.

De Gea has played no part in the Red Devils’ first two games of the Premier League season, with Louis van Gaal, the United manager, not even naming the former Atletico Madrid stopper on the substitutes’ bench.

Van Gaal claims that his No.1 is ‘not eager to play’, while the Daily Mail reported that De Gea is baffled by such comments from his manager.

The British newspaper state that LVG will still not consider the Spain international for selection until after the transfer window slams shut on September 1st.