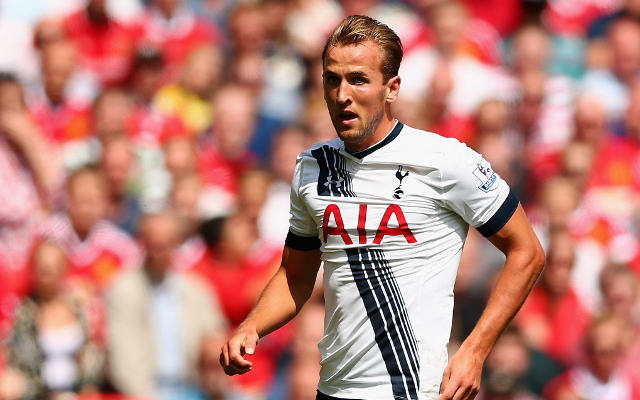 Such was Tottenham Hotspur striker Harry Kane‘s stunning goalscoring form last season, that Manchester United were keen on securing his signature in a £45m deal.

The Guardian reported that Daniel Levy, the Spurs chairman, met with Ed Woodward, the Old Trafford executive vice-chairman, and the availability of Kane was the hot topic of conversation.

Levy is said to have made it abundantly clear that he will not listen to any offers for the centre-forward, and the player himself appears to be fully focussed on his future at White Hart Lane.

“I’m happy at Tottenham which is a great club heading in the right direction,” he told the Daily Telegraph.

“I’m excited and the season has started now, which is great, so I just want to get the games going, get into that rhythm and start scoring goals.

“I want to become a club legend. You are always going to face pressure in football.

“But I’m very strong-minded and I know what I want to achieve and taking that number 10 shirt was just another part of that.”

The England international has been handed the No.10 shirt for the new campaign, and at just 22-years-old has all the credentials to become one of the finest forwards in Europe.

He could be joined by new faces in attack this season following the confirmed departure of Roberto Soldado to Villarreal.

Spurs are rumoured to be chasing West Bromwich Albion’s Saido Berahino, and on Saturday morning announced the signing of Cameroon international Clinton Njie from Olympique Lyonnais.