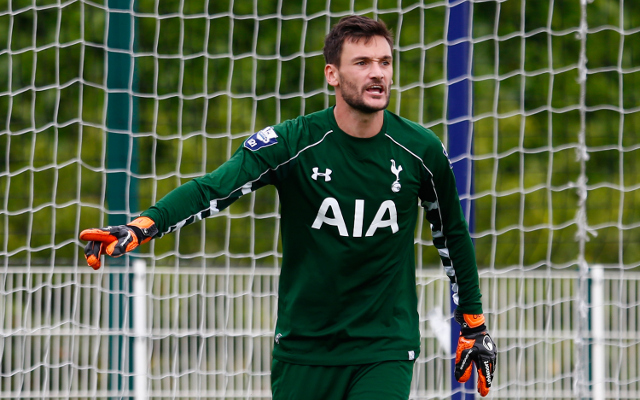 Before the international market had opened, Sky Sports identified Lloris as the favoured replacement for David De Gea, who continues to see his name linked with a move to La Liga BBVA giants Real Madrid [via BBC Sport], though no bid for the Frenchman’s signature appears to have been made.

With no Champions League on offer at White Hart Lane, Sky Sports stated that it could have been the allure of competing in Europe’s elite that is tempting Lloris to consider his future elsewhere.

However, Pochettino has assured supporters that he has no desire to cash in on his No.1, and insists that the player himself is fully committed to the club, with his concentration firmly fixed on success in north London.

“There are a lot of rumours,” Pochettino said, “(but) Hugo is very happy to be here,” as quoted by Sky Sports.

“His commitment with the club is high. I think we need to be happy because if Manchester United want Lloris, it’s because he’s a great goalkeeper.

“We have a very good goalkeeper, but Hugo has a contract here and he is happy here and he wants to get success here.”

What’s more, Pochettino confirmed that Lloris has informed him of his desire to play in the Champions League, but says that the France international wants to do so only with Tottenham.

“Yes, but [he is] keen to play in the Champions League with Tottenham, not with another club,” he continued.

“He told me that ‘I want to play in the Champions League with Tottenham’.”

Lloris has been sidelined since July after returning to pre-season training with pain in his wrist, which was later confirmed to be a fracture, The Guardian reported.

He missed their opening game of the 2015-16 Premier League campaign, a 1-0 defeat to Manchester United, but started against Stoke City on Saturday afternoon following the stopper’s promising appearance for Spurs’ Under-21 side on Monday.

Louis van Gaal, the Red Devils manager, has claimed that De Gea is ‘not eager’ to play for the club amid continued uncertainty surrounding his Old Trafford future [via BBC Sport].

The Spaniard is said to have spent the past week training with the reserves.

Source close to De Gea tells me he’s ‘surprised’ at not being selected, wants to play, and has been made to train with reserves this week

However, as the close of the summer window is fast approaching, it is looking increasingly likely that De Gea will see out the final year of his remaining contract in Manchester and may see a move to the Santiago Bernabeu put on hold.

The attention may now turn to whether he will spend the next 12 months as van Gaal’s No.2, behind new addition Sergio Romero.