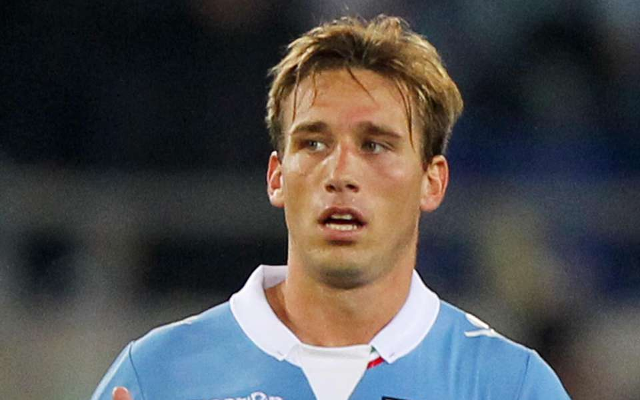 Lazio midfielder Lucas Biglia has been heavily linked with a transfer to Manchester United, with reports claiming that personal terms had been agreed; however, the Serie A outfit are now confident that he will extend his deal at the Stadio Olimpico.

According to Italian publication Corriere dello Sport [via the Express], Lazio have offered the Argentine a five-year contract extension worth £1.8m per-year.

The report claims that the Biancocelesti are confident Biglia will remain in Rome; firstly, because their asking price of €50m may be a significant deterrent to suitors, and secondly, the new contract tabled, set to expire in 2020, is representative of his value to the club.

Nonetheless, while this may be considered a transfer blow for Manchester United, Biglia is certainly no priority signing for Louis van Gaal.

With Bastian Schweinsteiger, Morgan Schneiderlin, Michael Carrick competing for a position in the centre park, combined with Juan Mata and Memphis Depay’s capability in a central role, surely any more acquisitions in this position would have been more of a hindrance than an advantage.