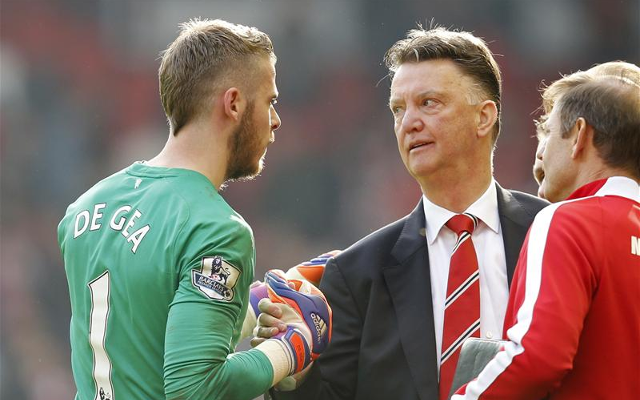 The 24-year-old has become so unsettled by interest from Real Madrid that manager Louis van Gaal has refused to play him in their victories over Tottenham and Aston Villa so far. With only one season left on the Spain international’s contract, there is little the club can do to make him stay beyond this campaign if he wants to leave.

“This has been badly managed by United, make no mistake,” said the Sky Sports pundit, “To allow a player of his quality not to extend a couple of years ago — why wasn’t his deal extended in that period?

“To allow his contract to get to this situation is poor management. And United are paying for it. Victor Valdes arriving last season might have unsettled him further. Now he’s biting back a bit. It’s a messy situation. No one will win out of it and it needs resolving.”

After van Gaal fell out with second choice goalkeeper Victor Valdes, the team are currently relying on recent signing Sergio Romero to fill the gap. However, if De Gea does leave the Red Devils, then the Argentina international is not of the quality required to help in a Premier League title charge and a replacement will be needed.

Tottenham ace Hugo Lloris and Ajax stopper Jasper Cillessen have been linked as a result [Daily Mirror]. Either would be solid between the sticks, but it is debatable whether either is of the same class as De Gea.