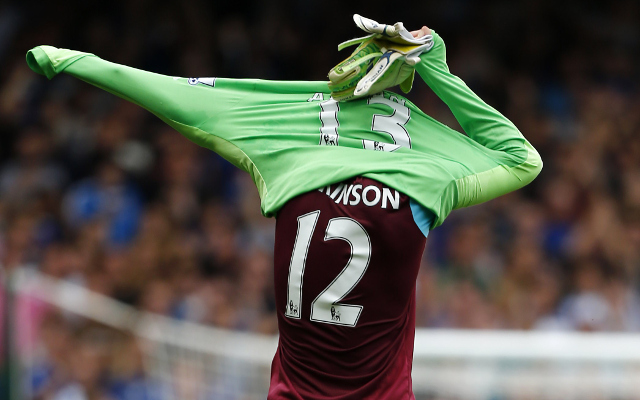 Carl Jenkinson, on loan at West Ham United from Arsenal, was forced to spend the final few minutes of play against Leicester City in goal following Adrián San Miguel’s dismissal.

The Hammers fell to a 2-1 defeat at Upton Park, and Jenkinson put in a woeful performance; however, fortunately for him, his showing looks to have been overshadowed by his appearance in between the posts.

And in true Twitter style, supporters have taken to the social media site to hail the right-back, who now has more clean sheets that new Gunners signing Petr Cech.

Take a look at the best reactions, as Arsenal fans call for the defender to replace Cech in north London…

Carl Jenkinson ended up in goal for West Ham today following Adryan’s red card. We could do with a keeper ???? #ComeBack pic.twitter.com/DCD3RNG1S1

Come end of season #Carl Jenkinson will be the only player to have kept a clean sheet all season long. Prediction. — Adán Hernández (@AdnHernndezG) August 15, 2015

@Arsenal bring back Carl Jenkinson as a keeper!