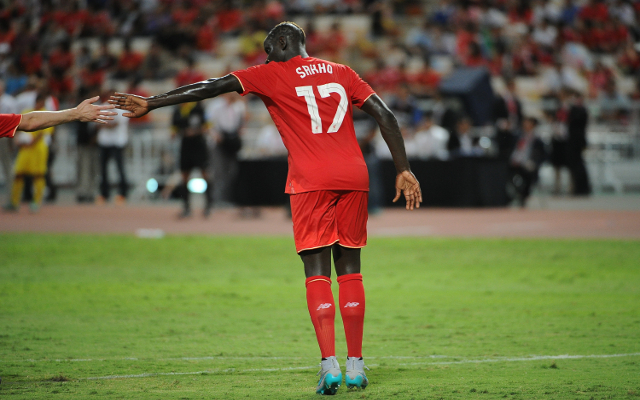 Liverpool have rejected a loan offer from AS Roma for Mamadou Sakho, reports the Daily Star.

The 25-year-old was left out of the Reds’ 1-0 win over Stoke City last weekend, with Dejan Lovren and Martin Skrtel preferred in the centre of defence. After being signed for £18 million [Star], the French international could surely have expected to have become a regular part of Liverpool’s starting XI, and is unlikely to accept a regular substitute role under Brendan Rodgers.

Roma were interested in taking the former Paris Saint-Germain man until the end of the campaign, without any chance of a permanent deal when the temporary move finished, according to the Star, which may have convinced the Reds to allow the defender to leave in order to enjoy a year of regular minutes, potentially increasing his value in the process.

Although Brendan Rodgers has signed seven players for his first team during the transfer window, only Joe Gomez could potentially play at centre-back. As such, the Northern Irishman likely sees Sakho as too important to loan out and would prefer to keep him in his squad for the 2015-16 campaign.

The news comes as the Italian side agreed to release another defender, allowing former Chelsea star Ashley Cole to be liberated from his contract [The Guardian]. The 34-year-old only signed for the Giallorossi last summer, and started off as a regular in their starting XI. However, he lost his place in Rudi Garcia’s side fairly soon after the season began, and hasn’t featured much in pre-season for the capital club in preparation for the coming Italian season.

The ex-England international’s departure from the Stadio Olimpico may leave Roma looking for cover at left-back, and could mean that the Serie A outfit are going to beat Liverpool to the signing of PSG ace Lucas Digne. ESPN have tipped this to happen, and it would be a major blow for the Merseyside club as they look to strengthen at the back.

Intriguingly, should Liverpool agree to loan Sakho-who can also play on the left of the defence-to Roma, it may stand them in better stead to secure a move for Digne.