50 best Arsenal players since the start of the Premier League.

A look at the 50 best Arsenal players in the Premier League era, with some truly outstanding greats to grace the pitch at Highbury and the Emirates Stadium…

Briefly club captain and a fine defender on his day, Thomas Vermaelen had an underwhelming end to his Arsenal career but makes our top 50.

Despite going totally downhill after leaving the Gunners, Alex Hleb had plenty of influential games for the club in his three seasons in north London.

A player who took time to get going, Alex Song eventually became a key part of the Arsenal team with some important goals from midfield.

Freakishly skillful but also known for being lazy, Nwankwo Kanu is something of an enigma but made a real impression in his years at Highbury.

An exciting Brazilian left-back with a thunderous left foot, Sylvinho could have been more of a big name at Arsenal before a speedy exit to make way for Ashley Cole. 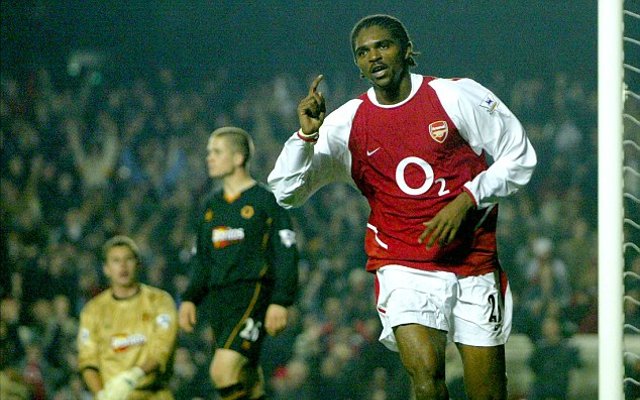