Leading Liverpool FC blog Empire of the Kop has released a superb list of the Reds’ top 50 players of the Premier League era, with some true legends among those to step out onto the Anfield pitch in recent times…

Spending just one season at Liverpool, Titi Camara fared well and netted a memorable winner away to Arsenal.

A Brazilian left-back with a sweet left-foot, Fabio Aurelio could have achieved so much more if not for injuries.

An underrated striker, Djibril Cisse’s attitude was not the best, but he made his mark in some big games, including the 2006 FA Cup final.

A tough defender who always gave his best in 115 appearances for Liverpool.

Another strong defender who never let Liverpool down in his seven years at Anfield. 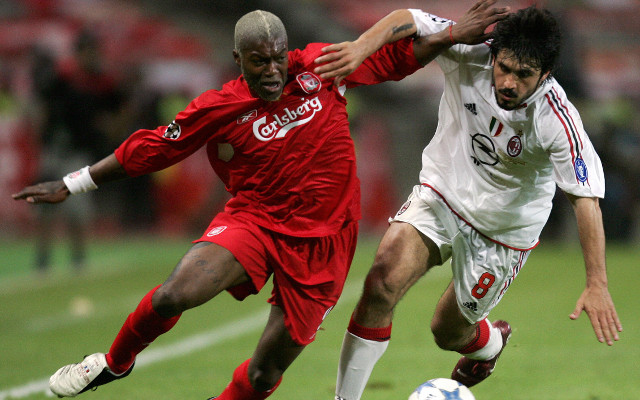