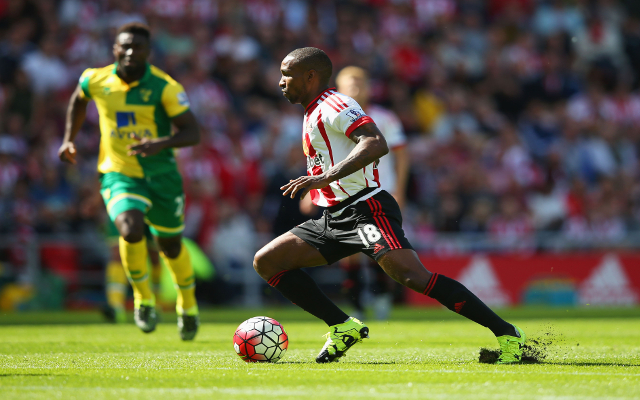 Sunderland forward Jermain Defoe may be set to move to newly promoted side Bournemouth according to the Metro.

The 32-year-old quit the MLS to move to the Stadium of Light in January and has proven a moderate success but now the experienced marksman is looking to move ‘down south’ and this has led to speculation of a move to Dean Court.

Defoe enjoyed a stellar loan spell at the south-coast club at the start of his career, when he scored 19 goals during a season long loan spell, and may be tempted by the chance to return to Bournemouth to aid their push to retain their Premier League status.

Cherries boss Eddie Howe would no doubt welcome the addition of a proven Premier League striker such as Jermain Defoe, who has netted 128 goals in the English top tier.