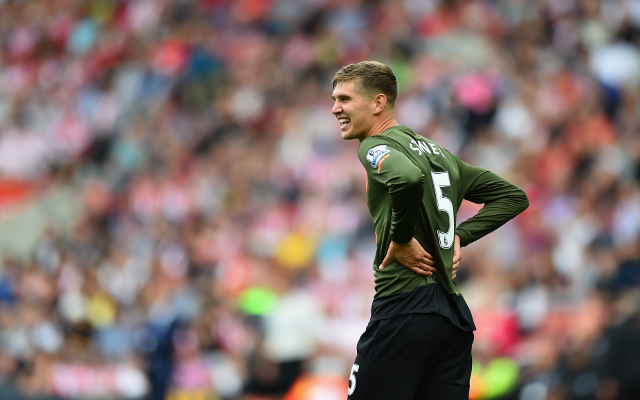 Chelsea are concerned that Premier League rivals Man City and Manchester United will launch bids for defensive target John Stones, according to the Daily Mail.

The 21-year-old Everton starlet has matured into a very capable performer with a promising future over the last few seasons, and is a player who is already a regular in Roy Hodgson’s England national team set-up.

Stones moved from Barnsley to Goodison Park two and a half years ago, and is now a pivotal part of Roberto Martinez’s plans. He is a player the Spaniard would be loath to lose, particularly considering Everton’s lack of alternative centre-back options following the departures of Antolin Alcaraz and Sylvain Distin.

The Daily Mail state that Jose Mourinho has failed with two earlier bids for John Stones and is ready to stump up as much as £30m in the hope of landing the versatile defender, who can play at full-back or in the centre of defence.

Mourinho’s current centre-back pairing of John Terry and Gary Cahill, at 34 and 29 years or age respectively, will likely need refreshing sooner rather than later, and as such, it’s sensible for the West London side are planning for the future.

Man City and Man United’s apparent interest could lead to the ongoing chase for John Stones to continue all the way up until the summer transfer window slams shut.

Stones put in a masterful display on Saturday’s early kick-off as he helped Everton to an impressive 3-0 win away at Southampton, this came in contrast to Chelsea’s rather underwhelming defensive display against Swansea City on the opening day of the season.