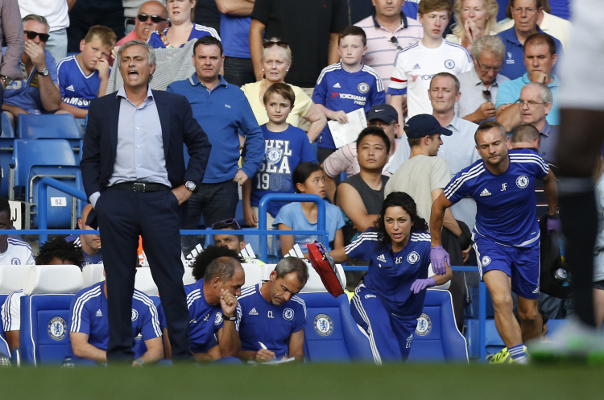 Mourinho blasted his medical team for treating Eden Hazard and leaving his side down to just nine players towards the end of their stalemate with Swansea City and has elected to suspend Dr Eva Carneiro and physio Jon Fearn from the bench for Sunday’s clash with Man City.

The report from Marca states that Mourinho repeatedly insulted Carneiro and the Blues manager has faced a maelstrom of criticism from the media and other medical professionals within the game.

Indeed it appears Mourinho is set to feel the wrath of Chelsea owner Roman Abramovich as a result of the unsavoury incident.

Many believe that Mourinho’s actions, especially his very public attack on Carneiro and Fearn in his post-match interview, was merely an attempt by the Chelsea manager to deflect attention away from his side’s poor display against Swansea City.