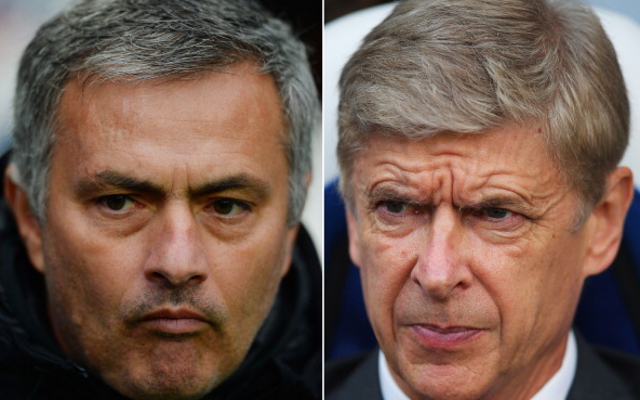 Chelsea manager Jose Mourinho has put a tough week behind him and taken a sly dig at his opposite number Arsene Wenger, Mirror Sport reports.

Speaking ahead of his side’s huge clash against fellow title rivals Manchester City on Sunday afternoon, the Blues boss couldn’t resist taking a dig at Wenger when asked if he was surprised that Manuel Pellegrini was still in charge of the Etihad Stadium outfit after a trophyless season:

“Why? Some other clubs are disappointed for 15 years and the manager is the same,” Mourinho said

It appears the Portuguese coach is still reeling from losing to Wenger for the first time in 14 games as Alex Oxlade-Chamberlain’s first-half goal at Wembley was enough to give Arsenal a 1-0 win in the Community Shield meeting at the start of the month.

Mourinho will need to switch his attentions to the game against last season’s runners-up in the Barclays Premier League as a defeat in Manchester could leave them five points behind their rivals at this early stage in the campaign.