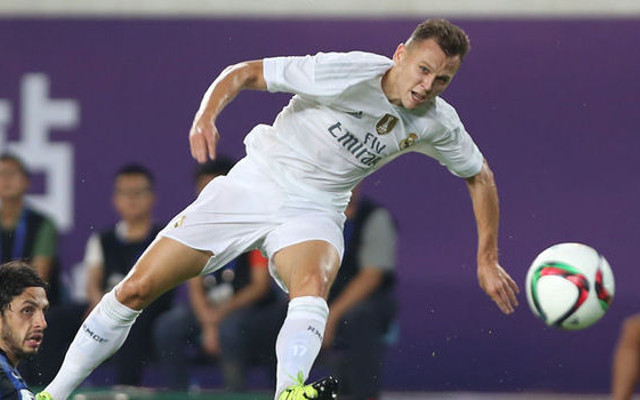 Liverpool are in talks to sign Real Madrid star Denis Cheryshev, who is also a target for Arsenal, reports the Metro.

Manager Brendan Rodgers has told the Anfield hierarchy to get the winger at the club, despite having signed seven players already this summer. James Milner, Danny Ings, Adam Bogdan, Joe Gomez, Nathaniel Clyne, Roberto Firmino, and Christian Benteke have already arrived at the Merseyside club, but they aren’t finished there.

The Reds are keen to conclude a £14.2 million deal for the 24-year-old, who was sent out on loan to Villarreal last season. That temporary move was particularly successful for the Russia international, with seven goals coming in 40 appearances for the Yellow Submarine.

Liverpool are particularly keen to add to their squad after finishing a disappointing sixth in the Premier League in the last campaign. They will be hoping the influx of new faces can fire them back in to the Champions League, but it could be difficult after the strengthening of Manchester City, Manchester United, and Arsenal.