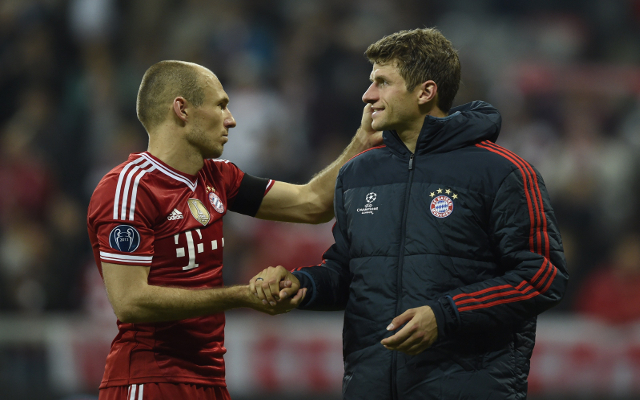 Huge news as one of the best players in the world hopes for Old Trafford switch!

Manchester United could be in luck as they attempt an ambitious move to sign Bayern Munich star Thomas Muller this summer, with the player keen on the move to Old Trafford.

The German international has been strongly linked with a £50m move from Bayern to United, though the Bavarian giants have also made it clear that they do not intend to sell one of their best players.

Bayern have already sold Bastian Schweinsteiger to the Red Devils in a surprise deal this summer, but it looks like Muller is keen to join his old team-mate in moving to the Premier League, according to the Daily Express.

With United losing the likes of Robin van Persie and Radamel Falcao this summer, a move for Muller would make sense as they seek to improve their options up front.